Schneemann is a multidisciplinary artist who creates work about pleasure wrested from suppressive and the body of the artist in relation to the social body. With a career spanning over 60 years of invention, provocation, and canonical contributions to Postwar Art, she is a pioneer of feminist performance who has transformed the very definition of art. Her critically acclaimed retrospective, Carolee Schneemann: Kinetic Painting, debuted at the Museum der Moderne Salzburg, Austria and to the Museum für Moderne Kunst Frankfurt am Main, Germany and MoMA PS1, New York. In 2017, Schneemann was awarded the Golden Lion for Lifetime Achievement at the 57th Venice Biennale.

Téllez’s work brings peripheral communities and invisible situations to the fore of contemporary art addressing institutional dynamics, disabilities mental illness as marginalizing conditions. His film installations question the notions of the normal and the pathological, providing a fresh interpretation of classical myths, private and collective memories, and historical references. Tellez has had solo shows at institutions such as the Guggenheim Museum, Bilbao, the San Francisco Art Institute, Kunsthaus Zürich, Stedelijk.

He has participated in dOCUMENTA, Manifesta, the Sydney Biennial, the Whitney Biennial,  and the Venice Biennale, the Yokohama Triennial, and in many museum group shows at MoMA PS1, SITE Santa Fe, Museum of Fine Arts, Houston, Institute of Contemporary Art, Boston, Tamayo, Mexico City, and Museo de Bellas Artes, Caracas.

Handelman is a multidisciplinary artist whose work pushes against the boundaries of gender, race, and sexuality from a queer, feminist perspective. She is a 2011 Guggenheim Fellow and has received numerous awards including support from NYSCA, Art Matters, New York Foundation for the Arts, and the Creative Capital MAP Fund. Exhibitions include solo shows at San Francisco Museum of Modern Art (2018); The Henry Art Gallery, Seattle (2015); REDCAT, LA (2014) ; Broad Art Museum (2013); Guangzhou 53 Art Museum, China (2012); MIT List Visual Arts Center (2010); PARTICIPANT INC, NYC (2009);  and the PERFORMA Biennial (2005).

Roveda is a member of Studio Azzurro, a group that since the early 80s has been focusing on the creation of video-environments, sensitive and interactive environments, museum itineraries, theatrical performances, and films. Their projects have been featured in prestigious venues such as the 2013 Venice Biennale (Vatican Pavilion), Palazzo Fortuny (Venice), Castel Sant’Angelo, (Rome) and in international institutions in Japan and Germany. Roveda will conduct a lecture and workshop that will focus on both the creative and technical aspects of video art. Several Studio Azzurro artworks will be introduced and briefly discussed covering all stages of production from concept to set up. Other topics that Roveda will touch upon on are video installation for public spaces, large-scale video installation techniques, group interaction devices, user interaction through “natural interfaces,” multi-channel video players, and compositing, special effects, editing, and 3D using Real Time engines.

Hankins has been a curator at the Hirshhorn Museum and Sculpture Garden since 2007. While at the Hirshhorn, she has also organized an array of projects, including Mark Bradford: Pickett’s Charge (2017); Robert Irwin: All the Rules Will Change (2016); Susan Philipsz: Part File Score (2016); Hankins also provides curatorial oversight for the Hirshhorn’s paintings and works on paper.

Growing up in a rural, working-class town in Upstate New York, Nancy Shaver was drawn to making compositions of ordinary, unpretentious materials and objects. Her abstract compositions disregard distinctions between utility and decoration, as well as mass culture, craft, and fine art, underlining both the hierarchical boundaries dividing these categories and their permeability. Shaver received a Pollock-Krasner Foundation Grant in 1993, an Anonymous Was a Woman Award in 2008, and a Guggenheim Fellowship in 2010. Shaver was part of the 2017 Biennale di Venezia and, in 2018 at the National Gallery in

Washington, DC, her work was featured in Outliers and American Vanguard Art. 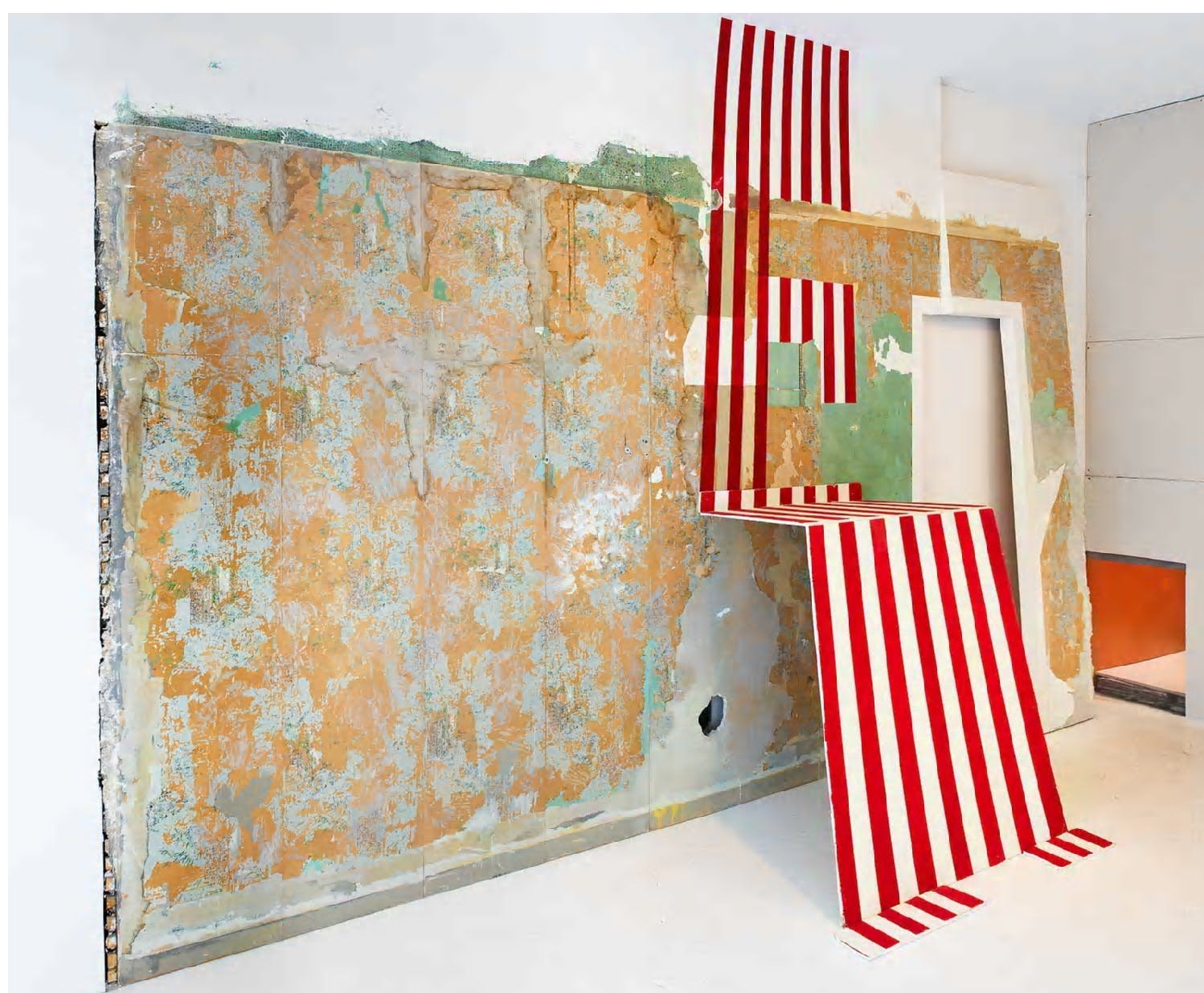 Sigal’s work lies at the intersection of painting, sculpture, installation, and architecture, suggesting a mutable delineation between the interior and exterior. Utilizing and expanding upon notions of space, she investigates how art can challenge ideas about property, containment, and freedom. Her work has been exhibited nationally and internationally at The Whitney Museum Biennial 2008, The New Museum, /PS1 Museum, The Sculpture Center, the Brooklyn Museum, Prospect .3 Biennial in New Orleans, the DeCordova Museum in Boston, the Essl Museum in Vienna, LAXART space in Los Angeles, Samson Projects in Boston, The Mattress Factory, and the Anyang Public Art Project, Korea. Sigal is a 2015 Anonymous Was A Woman, grantee, 2012 Art Matters Foundation grantee Creative Capital grantee and a 2011 Guggenheim Fellowship awardee.

Lynne Cooke, Sr. Curator of Special Projects in Modern Art at the National Gallery of Art

Vesela Sretenotvic, Sr. Curator of Modern and Contemporary Art at the Philips Collection

Kristen Hileman, Sr. Curator of Contemporary Art at the Baltimore Museum of Art

Cecilia Wichmann, Assistant Curator of Contemporary Art at the Baltimore Museum of Art

Robert Storr, Artist, Critic, and Professor of Painting and Printmaking at Yale School of Art

Thomas Trosch, Painter who gained recognition in the 1990’s for paintings that depict comically exaggerated society women chittering away in art-filled interiors

Nora Wendl, Artist, Critic and Associate Professor in the School of Architecutre and Planning at the University of New Mexico. Invited by Art History BFA and Art at Lunch Lecture Series

David Horvitz, Visual Artist who uses art books, photography, performance art, and mail as mediums for his work and especially known for work in the virtual sphere. Invited by Interdisciplinary Sculpture BFA

Yael Bartana, Visual Artist from Israel working in film, installation, and photography that investigates “the imagery of identity and the politics of memory.” Invited by Undergraduate Mixed Media Lecture Series

Itziar Barrio, Visual Artist whose work is based on the idea that language is knowledge and approaches reality as something being constantly recreated. Invited by Interdisciplinary Sculpture BFA