Years before lead-contaminated water in the city of Flint, Michigan, turned a national spotlight on issues of urban neglect, the environment, and public health, East Baltimore activist Glenn Ross was working day and night to educate others on those same issues. And while the self-proclaimed “Urban Environmentalist” didn’t immediately see the association between urban concerns — such as poverty, crime, and lack of access to education — and the environmental movement, he knows that on the streets of Baltimore today, the two are fundamentally intertwined. 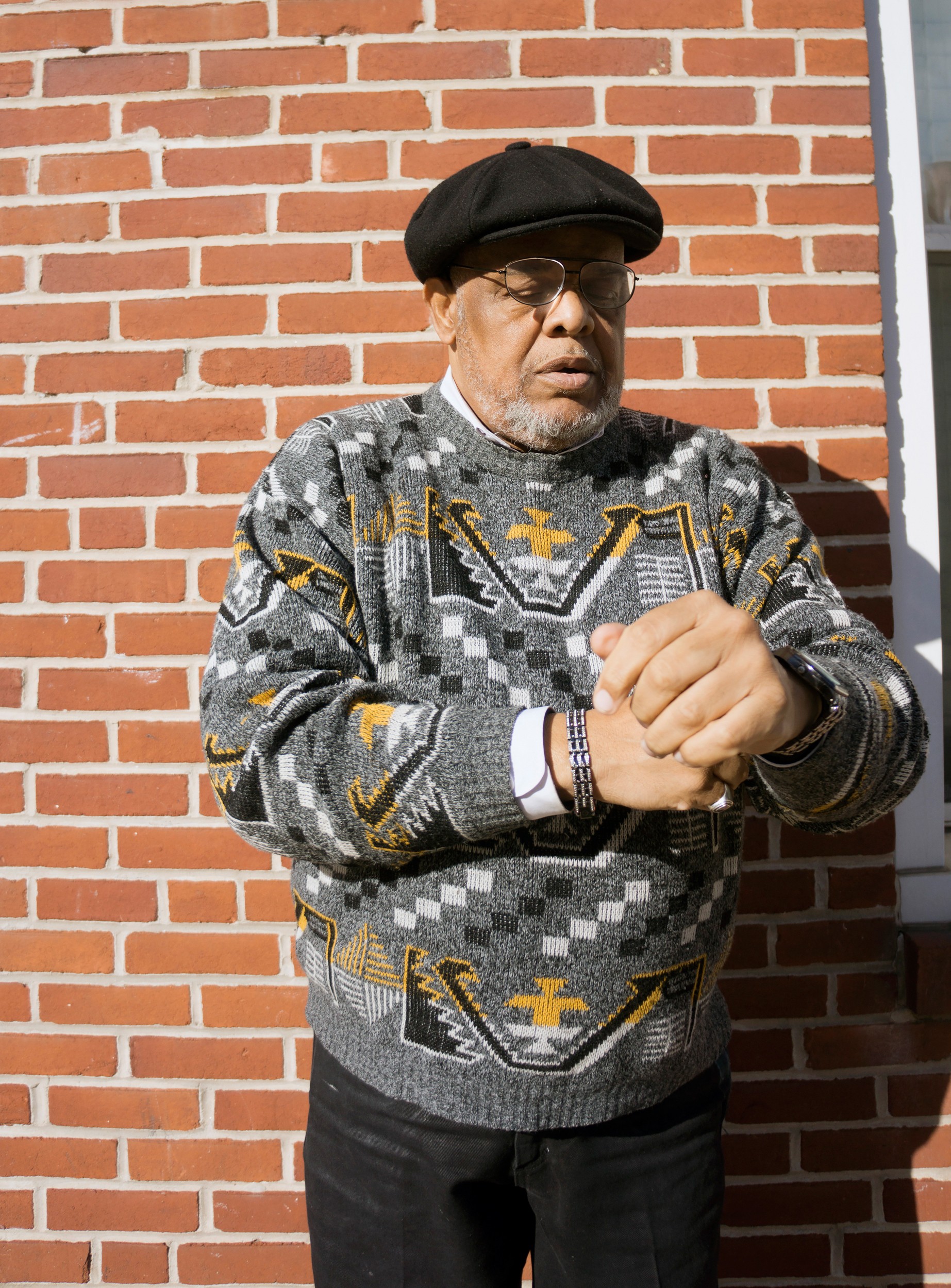 For years, residents in neglected areas of the city have faced health risks due to environmental disregard perpetuated by local institutions and governmental agencies, risks compounded by a lack of access to such basic needs as education, nutritional food, health care, and safety. Ross has spent much of his life working to improve these conditions. A decade ago, he founded The Baltimore Toxic Tour, a classroom-on-wheels that explores the hazardous living conditions in East Baltimore.

Ross, who believes in the power of activism to create change, takes tour participants on a 90-minute bus ride through the city, where he points out and elaborates on a number of toxic locations-including brownfields, chemical plants, and sewage spills-exploring the history behind these locations and their disproportionate impact on low- and moderate-income, mostly minority residents.

Tour goers have included students from schools across the country, including the University of Pittsburgh, University of Seattle, University of Maryland, and Johns Hopkins University; politicians and educators; and students in MICA’s MFA in Community Arts program. And it is in those Community Arts students — whose graduate study centers on art’s power to inform, shift viewpoints, empower, and, yes, create change — that Ross has found dedicated, like-minded partners in his efforts to educate the public and sustain the life of The Baltimore Toxic Tour.

Working out of MICA PLACE (Programs Linking Art, Culture, and Education), a 108-year-old renovated school building located in economically challenged East Baltimore, students in the Community Arts program are helping create change — large and small — throughout the surrounding neighborhoods. These students can be found in local schools and churches, with youth and community programs, as they use their artmaking to help local residents improve their neighborhoods, break down cultural barriers, gain financial power, and, by collaborating with Ross, confront environmental racism and social injustice.

Recently, five Community Arts students teamed with Ross to help shed light on this important issue, including Jen Burt ’16, who explained, “The first few weeks of the Community Arts program are spent introducing students to East Baltimore as a place not only where MICA PLACE is located but also as the community with whom we’ll collaborate to complete our first year’s projects. Going on The Baltimore Toxic Tour acts as an essential part to this important introduction.”

Burt and fellow Community Arts student Hilary Rosensteel ’16 collaborated with Ross on their first-year MFA project, creating the “next step” for the tour. The project centered on ideas for growing and sustaining Ross’s effort, and the group looked to make the tour more accessible to local citizens and to connect participants with ongoing advocacy opportunities that can lead to a more equitable, healthy, and safe living environment in the East Baltimore community. The project culminated in a redesign of the Baltimore Toxic Tour website, which serves as a homebase for the tour that helps connect audiences to the tour itself, keeps participants up to date with opportunities to get involved with environmental activism efforts, and provides a public space for reflection.

“With his thirty plus years of work focused on environmental racism in East Baltimore, Glenn has been a strong community partner with the Community Arts program. That relationship, along with the focus of his work, drew me into this project,” Burt said. “Through my community arts work, I find it important to unearth realities like the systematic oppression. In collaborating with Glenn, I felt I could contribute to achieving greater awareness about these issues and the possibilities of change.”

Two additional Community Arts students, Kristen Brown ’16 and Aaron Goldman ’16, were inspired to use their artmaking to support Ross after taking the tour with classmates when they first entered the MFA program. Their effort, Seeds for Change: An Activity Book on Environmental Justice, is a youth based activity/coloring book based on the 17 principles of environmental justice set by the First National People of Color Environmental Leadership Summit. Seventeen local Baltimore artists, who each illustrated one of the principles, where specifically included to showcase their talent, share their voices, and create a dialogue around these issues. And while it is geared toward children, Seeds of Change acts as a means for parents and educators to become involved in conversations around environmental justice.

“As community artists, Kristen and I were interested in working with Glenn not only to raise awareness about these issues, but to provide ways in which people could walk away with that raised awareness and be charged with action — having ideas of next steps they might take to address these issues,” Goldman said.

Research on the book project was in depth, and the pair worked with Ross to brainstorm ideas for the content of the book and to gather insight from other community organizers and environmental groups. They also researched other activity- and social justice-based children’s books, and used their own experiences living and working within the community in East Baltimore as inspiration for developing content for the book’s pages.

A release party for the book is planned for April, 2016, and the pair plans to distribute 500 copies of Seeds of change to schools, community associations, and local organization. As Brown explained, “Aaron and I are both teaching artists, so we have a great opportunity to get insight from youth about the effectiveness of the content.”

Yihui Wang ’16, artist-in-residence at Henderson-Hopkins Public Charter School in East Baltimore, is using her artmaking to shed light on The Baltimore Toxic Tour’s subject matter through an environmentally-based public art installation. Through conversations with Ross, Wang discovered that an area behind the Henderson-Hopkins’ playground is heavily polluted. Despite the ground’s contamination, area children still use the area to cut through from one street to another.

To bring awareness to this issue, Wang is working with multi-generational community members to create art installations in the field. Using waste wood, metal, stone, and recycled materials, the artist is creating a path through the field, with installations along the path highlighting wildlife, botany, and health. The largest installation will be between 10 and 14 feet high, allowing both Baltimore Toxic Tour participants and local residents to view the artwork and learn more about pollution in the neighborhood.

Ross noted, “It’s one thing to take people on the tour and talk about what the contamination is. I want to take it even deeper to show people what types of illnesses and diseases you can get from this. I think when you bring it closer to home it makes people say ‘oh, no wonder my child has asthma. I’m living around this.”

In reflecting about the work done by Community Arts students to shed light on environmental problems in the city and in other urban areas, Burt said that community organizing is essential. “There’s a lot to be said about the crisis in Flint, but at its core is the absolute essentiality of community organizing — the necessity of people coming together when facing adversity,” she stressed. “Issues like those faced in Flint and in East Baltimore stay hidden to protect those at fault, at the cost to those whose lives are on the line every day. The only way these injustices are going to be addressed is if the people experiencing them say something and are heard. It’s about the community coming together to demand answers and actions.”