As a child growing up in Nigeria, Kehinde Bademosi ’15 (Social Design M.A.) didn’t have a television. His family simply couldn’t afford one.

So to fill in the “mythic and knowledge gap” in his life, he and his friends and family members turned to storytelling.

“Stories allow us to tell or retell and reconstruct what we want to see or what we think things should be,” Bademosi said. “And so it was my escape route… the only toy that I had.”

Since then, storytelling has woven its way throughout Bademosi’s entire life, becoming an essential tool as he pursued a graduate degree at MICA and today at Johns Hopkins University as he reaches out to Baltimore City men, encouraging them to share their stories so the city can improve access to HIV prevention and care. 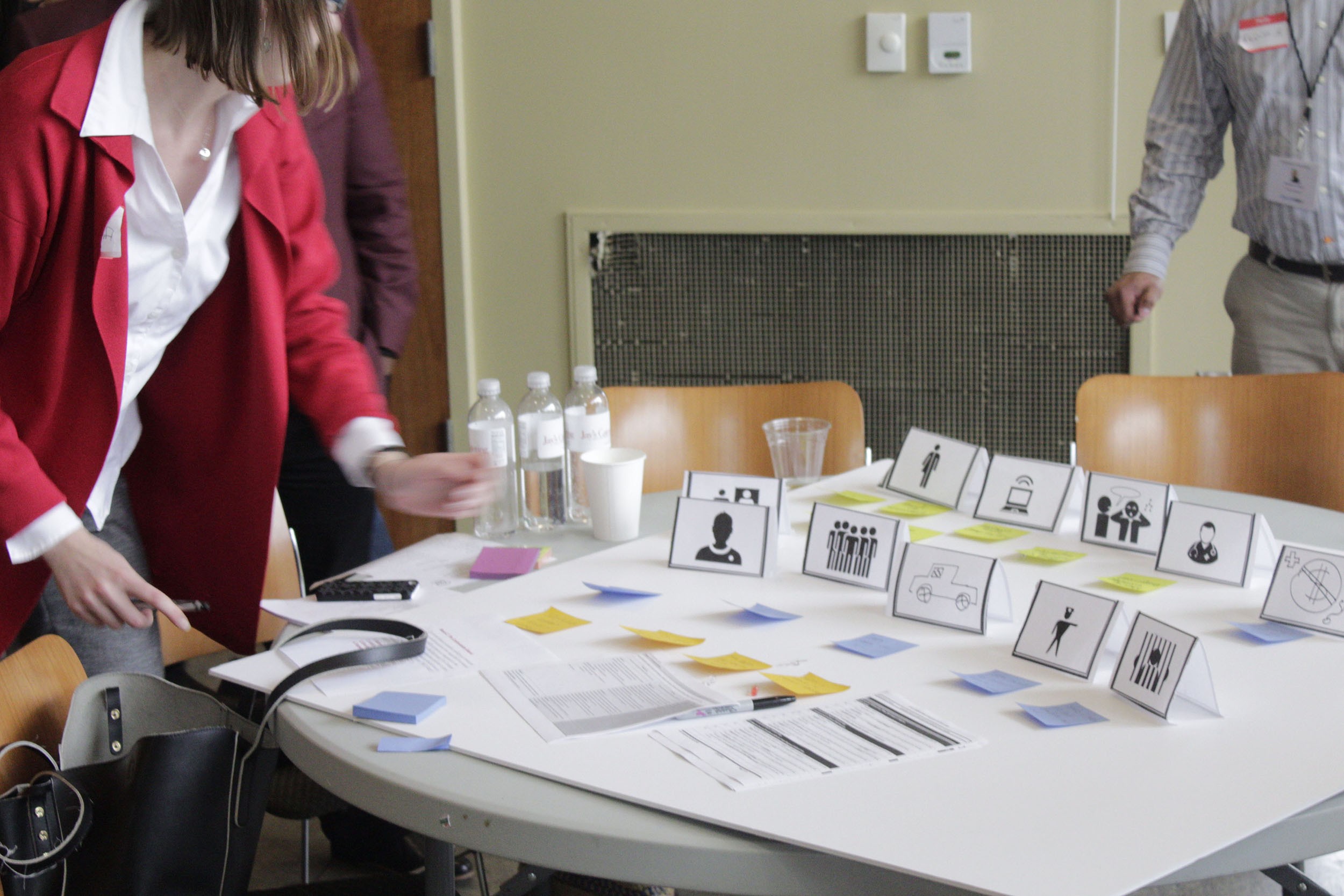 As Hopkins’ senior manager for social innovation and marketing, Bademosi works with the Baltimore City Health Department, epidemiologists, physicians, social scientists, academics and community leaders on a U.S. Centers for Disease Control (CDC) grant to implement programs providing comprehensive care while incorporating the behavior, health and social statuses of men who have sex with men — especially men of color.

“Studies show as many as 38 percent of gay Baltimore men have HIV. While scientific data is always important in healthcare, it tells only part of the story,” Bademosi said. "The personal connection to issues and emotions involved is also a factor. That’s why social design is so important."

He went on to explain, “In Baltimore, many African-American men who have sex with other men experience both HIV and sexual identity stigma. Even though same-sex marriage has been legalized, men still struggle with coming out. With families, and the issue of religion and church, there’s peer pressure. All of this habituates stigma.”

“Many gay African-American men also have medical distrust — an issue that goes back decades in the city’s communities of color,” he continued. “You can’t do preventative medicine if people don’t trust (providers). We’re trying to build trust back. This is where storytelling comes in.”

“The social design part of the CDC grant focuses on eliminating HIV-related stigma and creating a healthcare environment that is welcoming to everyone by addressing that medical distrust and building empathy,” Bademosi said.

Throughout the year, Bademosi meets with men and members of the transgender community at barber shops, restaurants and even on stage at local theaters, all so he can hear their stories about health, medicine and life in general.

“We are able to go back to people, listen to them, spend time with them, hear what they have to say and hear from their point of view to see where the healthcare system has failed them,” he said. “Because it’s important if we really want to eradicate HIV.”

Bademosi then uses this information shared to design effective HIV prevention and care campaigns, as well as hold “Baltimore in Action” workshops, where community members, doctors, advocates and activists look at the data and come up with ways to prioritize community issues.

Design work is often transformative in nature, and outcomes are not often measured in numbers, he said. But so far, his efforts seem to be working.

“We’re beginning to see more people opening up, even with parents coming forward to support their children, saying thank you for having this storytelling event or for talking," he said. "People are beginning to have some form of empathy across the aisle. And we’re beginning to hear from more researchers who are becoming more culturally sensitive.”

Eventually, Bademosi said he’d like to see even more community support and fewer barriers between providers and the communities they’re serving.

“So at the end of the day, we’re not doing it for the data’s sake or for the grant or the money,” he noted. “We’re doing it because we really care and we know that all people are human and deserve the best and nothing but the best.”