Antoine Catala is interested how we, humans, communicate, and how new communication technologies affect language. In his show titled “I See Catastrophes Ahead”, 47 Canal, NY, in 2012, all the works spelt out part of the exhibition title. For instance, there was a hologram sculpture of “cat”, one of an “ass” and a complex pneumatic display representing “trophies” –cat-ass-trophies. His installation “Image Families” at UKS, Oslo in 2013 saw drones carrying words hovering around the exhibition venue. His installation “Distant Feel” at the last New Museum Triennial, NY, 2015, rendered a logo conceived by a New York ad agency Catala contracted to promote ‘efficient empathy’ out of a living corals, turning the inert logo into a biological entity. 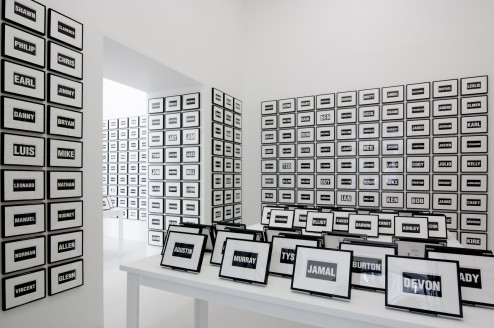 Allan McCollum was born in Los Angeles in 1944. In his twenties, McCollum briefly considered a career in theater and then attended trade school to study restaurant management and industrial kitchen work. In the late 1960s, he began to educate himself as an artist. Applying strategies of mass production to handmade objects, McCollum’s labor-intensive practice questions the intrinsic value of the unique work of art. McCollum’s installations—fields of vast numbers of small-scale works, systematically arranged—are the product of many tiny gestures, built up over time.

Viewing his work often produces a sublime effect—as one slowly realizes that the dizzying array of thousands of identical-looking shapes is, in fact, composed of subtly different, distinct things. Engaging assistants, scientists, and local craftspeople in his process, McCollum embraces a collaborative and democratic form of creativity. His drawings and sculptures often serve a symbolic purpose—as surrogates, faithful copies, or stand-ins for people—and are presented theatrically, transforming the exhibition space into a laboratory where artifice and context are scrutinized. Economical in form, yet curious in function, his work and mechanical-looking processes are infused with humor and humility.

Allan McCollum has had more than one-hundred solo exhibitions in Europe and the United States, where his work has appeared in major exhibitions at the Metropolitan Museum of Art, New York (2009); the Museum of Modern Art, New York (most recently in 2007); and Solomon R. Guggenheim Museum, New York (2004); among others. He has also participated in many international exhibitions, including the Bienal de São Paulo (2008). Recent solo exhibitions include Friedrich Petzel Gallery, New York (2009); Barbara Krakow Gallery, Boston (2008); and Musée d’art moderne et contemporain, Geneva (2006); among others. Allan McCollum lives and works in New York. 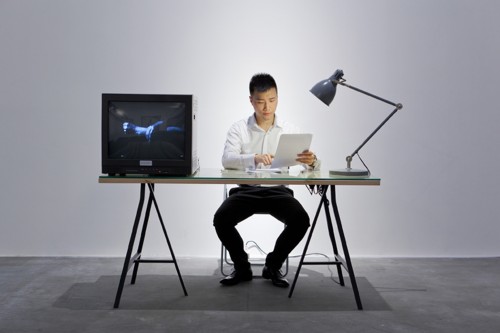 Yan Xing is known for his interdisciplinary projects which have built a complex, compelling body of work that reflects critically on how history is manufactured today. Yan Xing was born in Chongqing in 1986. He graduated from Sichuan Fine Arts Institute in 2009.

In 2012 Yan Xing won the Chinese Contemporary Art Award for Best Young Artist; that year, he also received a nomination for the Future Generation Art Prize from the Pinchuk Art Centre.

Yan Xing has lectured at the University of the Arts Helsinki and the Metropolitan Museum of Art, among others. In 2016–2017, he was a Visiting Artist in the Department of Sculpture of the Yale School of Art. 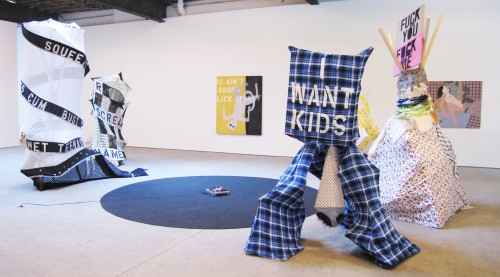 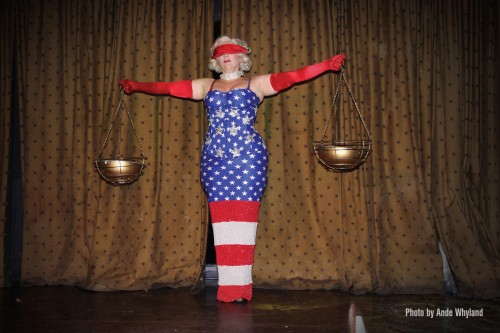 Beth B is an interdisciplinary artist working in narrative, documentary and experimental films, photography, painting, theater, and sculpture installations for museums, galleries, and public art spaces.

Beth B’s multi-media work challenges society’s conventions and focuses on recasting and redefining concepts relating to the mind and body. B has mounted large-scale art exhibitions at the Wexner Center for the Arts, the Hayward Gallery, Deitch Projects, PPOW, and other venues. In 2017, she opened VOYEUR, a photo/video/sculpture exhibition at Howl! in NYC. She has directed over 30 films working independently and in television (Sundance Channel, Court TV, TLC) as an Executive Producer, Producer, and Director. In 2016 her feature documentary film, Call Her Applebroog, had its world premiere at The Museum of Modern Art. In 2013, she completed EXPOSED, a feature about 8 performance artists who use their bodies in provocative and comedic ways to question the very concept of “normal.” The film premiered in the Berlin Film Festival’s Panorama section where it was nominated for Best Documentary, has been screened in over 40 film festivals and released theatrically. Her films have been shown at museums and cinemas worldwide as well as film festivals including The New York Film Festival, Sundance Film Festival, Berlin Film Festival, Toronto Film Festival, Nuremberg Int’l Human Rights Film Festival, Locarno Film Festival and others. Her films have been the subject of several books and documentaries.

Lance Fung is the chief curator for FC Projects and Fung Collaboratives. Both organizations conceive and realize art exhibitions around the world. Fung has been curating large-scale public art exhibitions for decades after closing his successful NYC gallery to pursue a career in the nonprofit sector. Currently, Fung is curating Migrations for the Association of Bay Area Governments (ABAG). This exhibition will bring ephemeral, temporary and permanent artworks to the public realm by situating each of the commissions along and within the Bay Trails. This ambitious initiative hopes to partner with each of the 47 cities that meet and connect the Bay Area through this unique public trail system. With his unique curatorial eye, Fung has curated internationally recognized exhibitions such as The Snow Show in 2003, 2004 and 2006 where he partnered artists with architects to collaborate and realize amazing structures made primarily from snow and ice. In 2008, Fung was invited to be the curator for the seventh SITE Santa Fe International Biennial which he titled Lucky Number Seven. There he brought 26 foreign artists to create site-specific installations. For most of the artists, this was their first trip to the USA. In 2014 Fung realized Nonuments in Washington D.C. This exciting project resulted in temporary monuments commemorating current issues such as the survivors of human trafficking, global warming, gentrification, and immigrant conditions. Atlantic (2012-2014) transformed vacant lots in Atlantic City into a much-needed park system through Fung’s vision. These “giant living sculptures” continue to attract residents and visiting art enthusiasts to experience art in “green” settings designed by Fung and the participants Diana Balmori, Robert Barry, Peter Hutchinson, Ilya & Emilia Kabakov, John Roloff, and Kiki Smith. Fung also worked on Wonderland for two years as a self-initiated and pro bono project where MFA students partnered with NGO’s in San Francisco’s Tenderloin neighborhood to bring art to the people and people back to the streets.

He has created other important exhibitions such as Revisiting Gordon Matta-Clark at Next: The Venice Architectural Biennale in Venice, Italy; The Snow Show: Venice at the 50th International Art Exhibition/La Biennale di Venezia; The Ship of Tolerance by Ilya and Emilia Kabakov, in Siwa, Egypt; Dreams and Conflicts–The Viewer’s Dictatorship, in Venice, Italy; Crossing Parallels at the SSamzi Space in Seoul, Korea and Going Home at the Edward Hopper Historical Museum in Nyack, New York.