MICA doesn’t exist in a vacuum.

Members of the MICA community live, work, and create among diverse racial, ethnic, and socioeconomic groups. One such group, Baltimore’s Korean community, stands out as one that may not be familiar to everyone in the Baltimore area. But now, through artistic expression, a number of MICA artists are looking to change that.

Aletheia Shin ’15 (Community Arts MFA), was surprised to discover so many Korean small business owners in Baltimore. As she began to talk to them and listen to their stories, she realized that their voices needed to be elevated.

For Shin, now a program assistant for MICA’s Community Arts and Service program, using art to explore Baltimore’s Korean community gave her insight into her own multicultural heritage. “I relate to the immigrant stories, growing up as a third-culture kid within a mix of Canadian, Korean, American, and European cultures and as a participant in the Korean Diaspora,” Shin said.

To give Baltimore’s Korean community a voice, Shin designed and facilitated the Onngi Project. First-generation Korean immigrants at the Greenmount Senior Center in Station North came together to explore their past and present journey living as Koreans in Baltimore. Each senior created an Onngi vessel — a storage container commonly used in Korea — that embodied that individual’s reflections on his or her experiences as a Korean immigrant.

“The Onngi Project grounds and connects Korean immigrants to the world they live in now, while also raising awareness of the longstanding, yet untold presence of the Korean community in Baltimore,” Shin said. “It serves as a call to action for the ‘silent community’ of Korean people in Baltimore to speak and be heard.”

Shin’s work with the Onngi Project led to the creation of Pop-Up Korea Town, a three-day pop-up exhibition/event in Station North in which the seniors’ Onngi vessels were showcased.

Pop-Up Korea Town is also where Shin met Michelle Lee, a senior accountant in MICA’s finance office. Both noticed that in the aftermath of the Baltimore Uprising last spring, relationships between Korean Americans and African Americans had soured, with many Korean shop owners having experienced damage to their businesses as a result of the rioting.

The two joined forces to create “The BMORE Seoul to Soul” series of concerts, a combination of Korean and African-American song and dance performances “meant to bridge cultural gaps in our diverse community,” Lee said. The most recent concert, held at MICA in December, displayed art works by MICA faculty, staff, and students, as well as members of the Baltimore community.

In addition to her work with Seoul to Soul, Lee has served as a mentor for young Korean- American students through Council of Korean Americans’ (CKA) mentor program. She is also organizing a Korean cinema event with MICA’s Korean International Student Association. 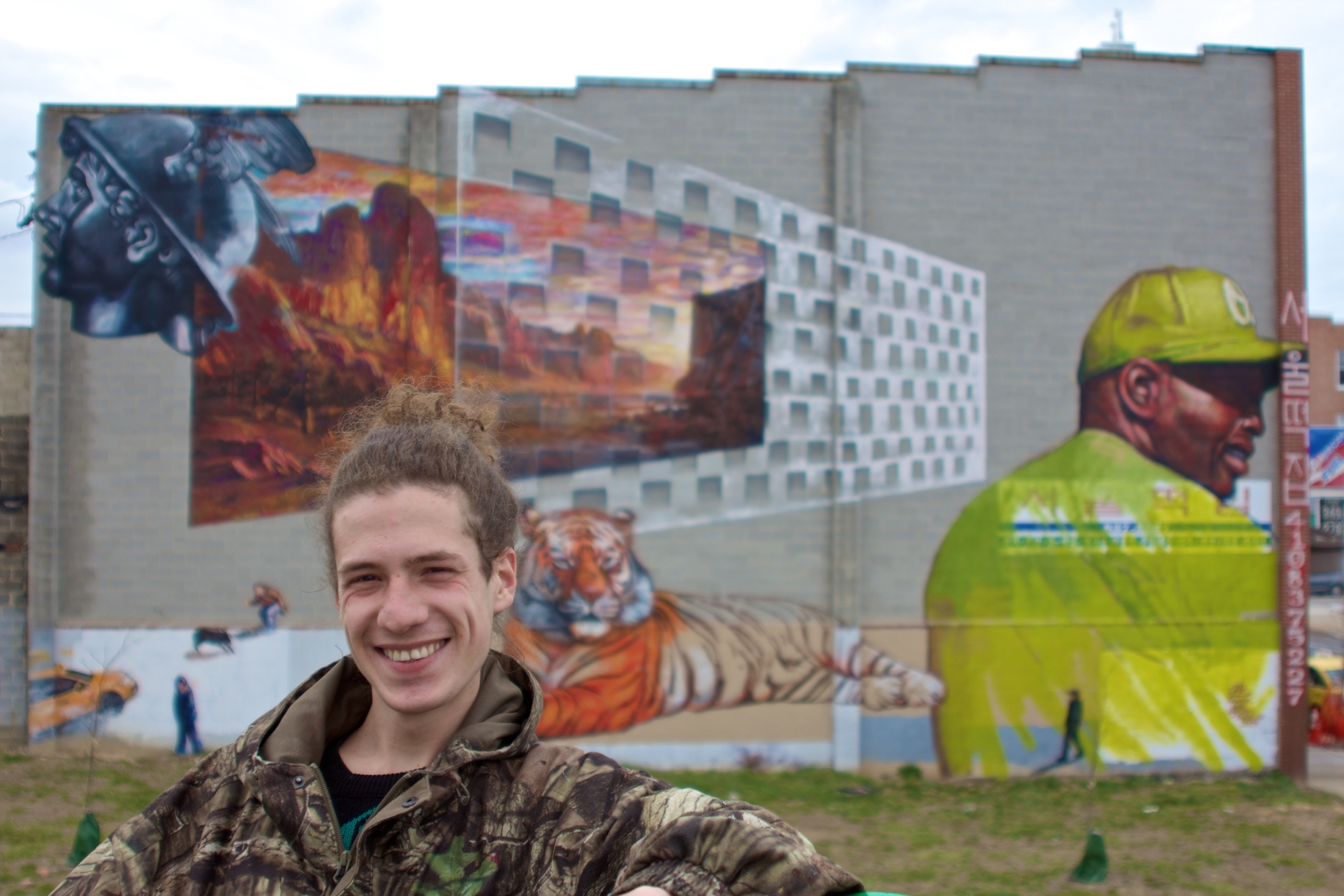 GAIA ’11 (Interdisciplinary Sculpture BFA) has also been intrigued by the relationship between Korean Americans and other groups. He is most interested in the trinity relationship between African Americans, Korean Americans, and the artist community, which he says is predominantly white. One way he has explored that dynamic is by working with Korean Americans on murals painted on the walls of Korean-American stores. In one particular instance, he reached out to a woman whose store had been burned during the Baltimore Uprising. He wanted the piece to shed light on the conflict and bitterness that have erupted from “economic and cultural circumstances that make Koreans open stores in black neighborhoods,” he says.

For Mina Cheon ’99 (Hoffberger MFA), faculty member at MICA, it is crucial to pave the way for more artists within the Korean community. Cheon, along with Gabriel Kroiz, chair and associate professor of Undergraduate Design for Morgan State University’s School of Architecture and Planning, co-owns a studio building called K-Town Studios located near Baltimore’s ‘Little Korea.’ K-Town Studios gives local artists a space to produce art and design projects that are showcased from Baltimore to Korea, Cheon said. “Today’s artists are charged as agents of change,” Cheon said. “Our K-Town Studios projects are related to Korea and the world at large as we address issues of sustainability, equity, human rights, and social justice.”