A collection of colorful animals, each dry-felted onto wire frames and stuffed with polyfill, Ryan Lytle ’18’s sculptures beg for public installation. They have the pop flare of a 3-D storybook illustration, with foxes, bears and wolves facing off against groups of rabbits. Buried in the plush cuteness, however, is a darker heart: the exploration of the predator-prey relationship as a social dynamic. Lytle views his work as a balancing of the scales. “In wealth or power, there’s always this heavyweight,” he said. “I change the dynamic so the prey is not in such a passive position. It can define its own role.” 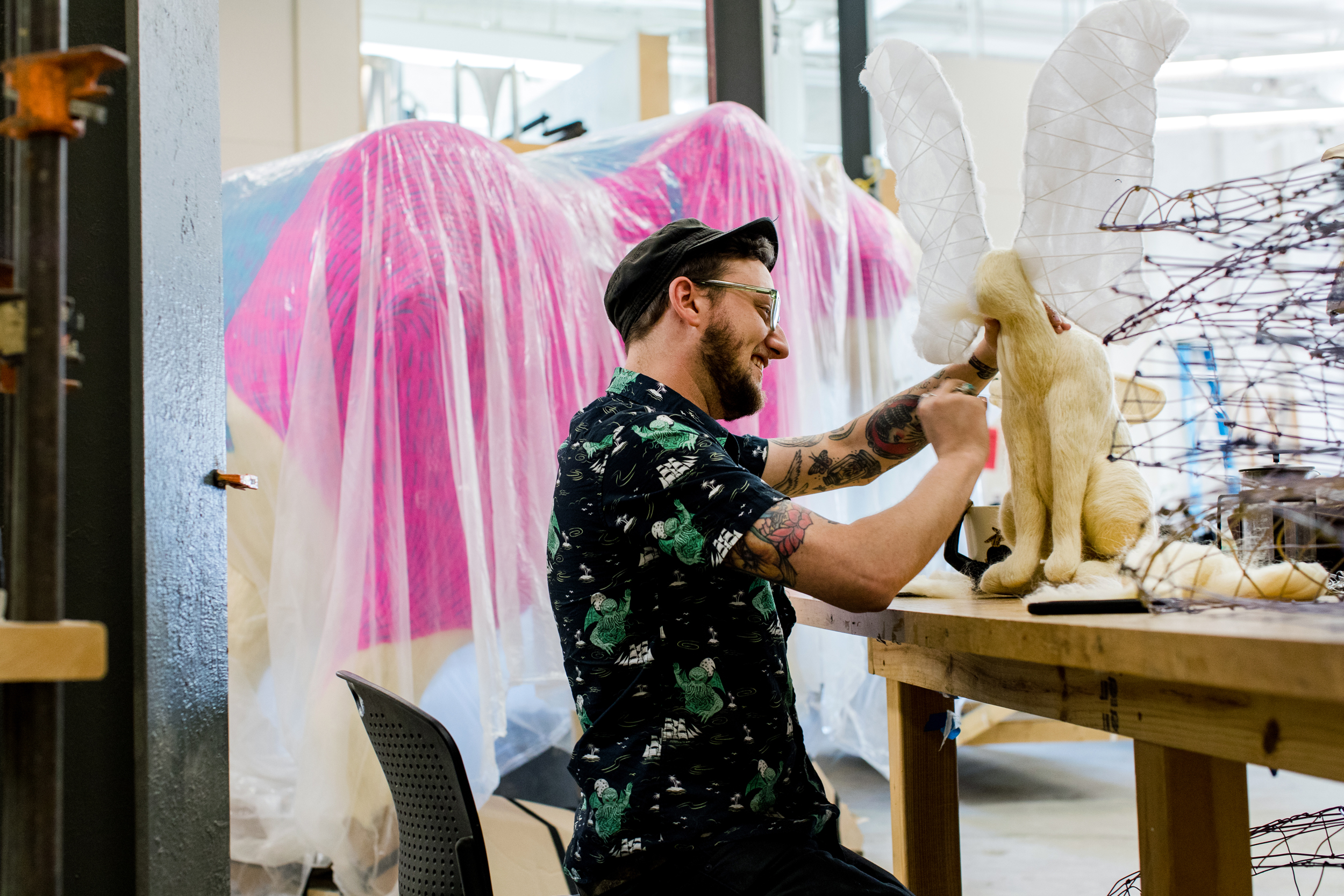 It was during his first year at MICA that Lytle decided he wanted to install those sculpture in campus elevators – an idea he thought was “crazy.” To his surprise, faculty and staff were on board. “I was basically told, ‘Well, here are the four or five people you need to talk to,’” he recalled. “It was great for me. Faculty at MICA are always very receptive.”

If Lytle has defined his own role at MICA, it’s perhaps one of equally compelling ambiguity: an artist as receptive as his faculty and with a strong enough vision to try things. Beyond his elevator gambit, Lytle has explored literature, theory and even writing poetry to bolster his work. He welcomes the new inspiration. “I pull titles from it,” he said as he smiled. “So even if I never show it to anybody, it’s good.”