Despite puppetry being an ancient art form — it is thought to have originated about 3,000 years ago — MICA didn’t offer classes in the subject until the early 1980s.

Now, nearly 40 years later, puppetry is more accessible than ever in Baltimore and across the country, thanks in part to MICA’s growing commitment to the field and alumni efforts to bring puppets to the masses. 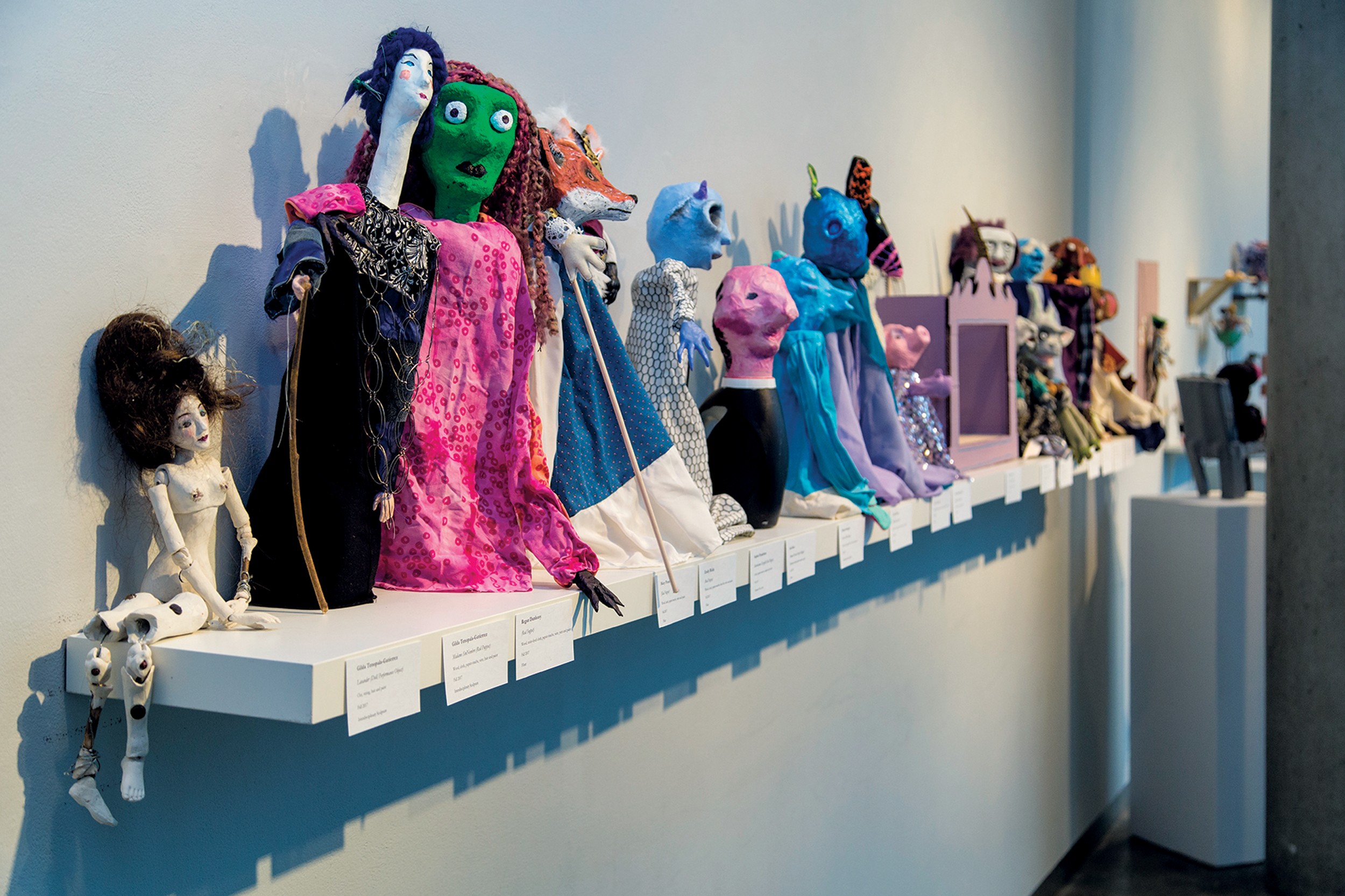 Here’s a look at how MICA graduates and faculty members are ensuring this early art form has a place in the 21st century.

While in Pakistan, after finishing her master’s degree in business administration, Hamida Khatri never imagined she’d create puppets and quilts professionally. In fact, she never even considered herself an artist until she decided to earn a second bachelor’s degree in fine arts in 2012 at the Indus Valley School of Art & Architecture in Karachi. That’s where she began making 2-dimensional puppets — and her love for the art of puppetry began.

Khatri came to the U.S. and MICA in 2015 to pursue a master’s degree in fine arts. She enrolled in Naomi Davidoff’s class, “Costume: Designing and Technique,” and Sarah McNeil’s class on stop-motion animation, which inspired her to create a short animation called “Mom and Me” for her thesis. The film, which took more than two months to complete, used puppets and costumes to examine the role of domestic life for women in America versus those in Pakistan. It portrays a conversation between Khatri, who lives in America and her mother, who lives in Pakistan.

In 2015–16, Khatri received the France-Merrick Opportunity Fund and Elizabeth “Libby” Bowerman ’82 Fellowship respectively, which enabled her to teach puppet and quilt making to elderly women in Baltimore.

Today, Khatri is the founder and director of Creative Therapy Platform — A Voluntary Travel-Community Project, which focuses on crafting healing spaces in underrepresented areas. She has also started a social justice community-based venture called “[i am] Project KALI — Celebration of Womanhood” in Baltimore, where she has created a safe space for women to share stories of trauma and abuse via puppetry and quilt making. 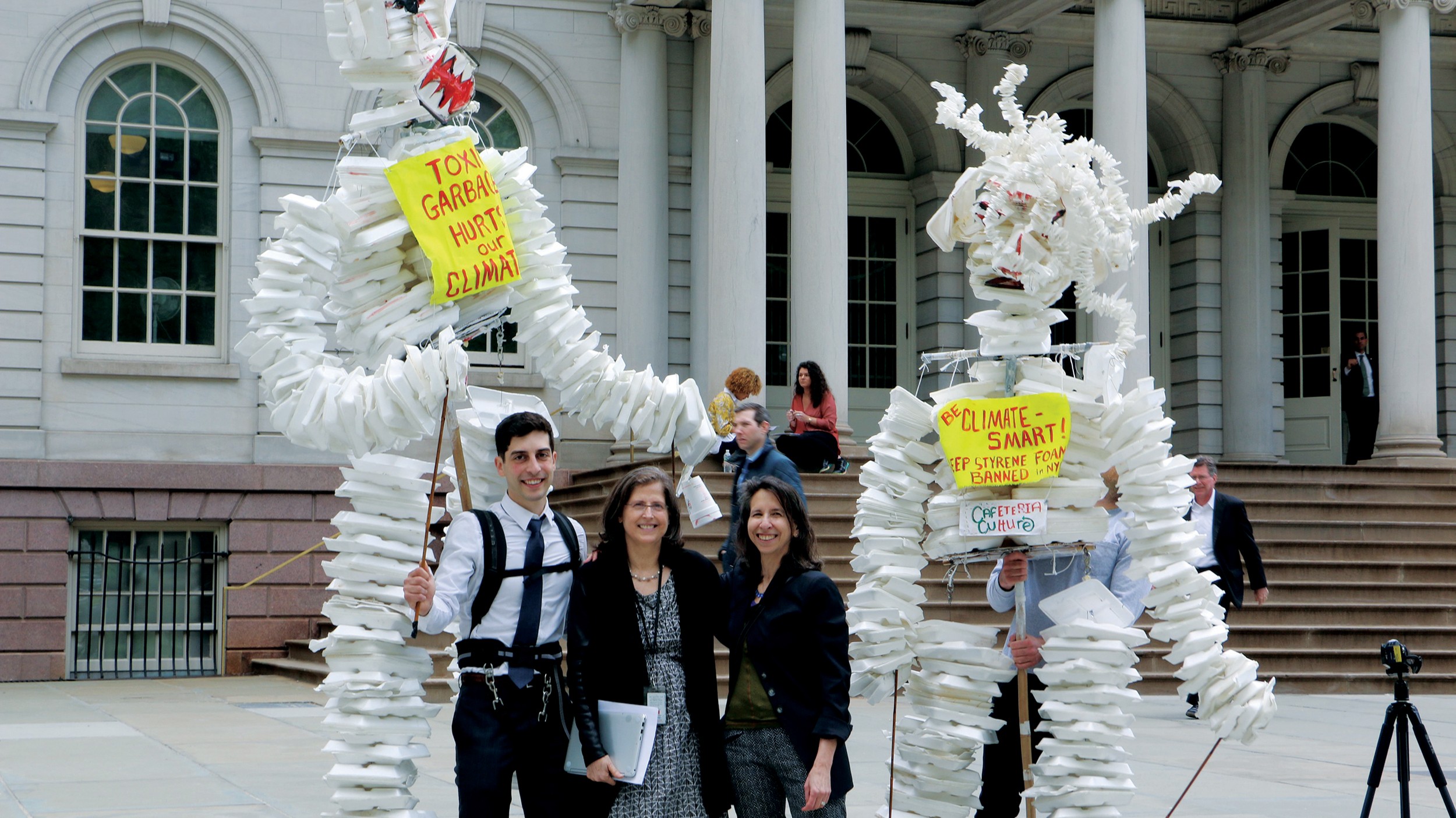 When Debby Cohen transferred to MICA in 1979, she had only recently discovered her love of art. Cohen decided to study at MICA — she had previously been a biology student — after taking a summer drawing course at the College and the experience changed her life.

While at MICA, Cohen worked closely with Barry Nemett, painting chair at the time and was interested in interdisciplinary forms of non-traditional storytelling, including theater and dance.

Cohen worked on designs for Baltimore’s Peabody Opera and later became immersed in New York City’s Off-Broadway theater scene. It was in New York that Cohen developed her work with puppetry into massive, outdoor displays for one of the city’s premiere cultural events, the annual Greenwich Village Halloween Parade.

One of her most recognized pieces for the parade, which she contributed work to for eight years, was a massive skeleton puppet smoking crack while riding a white horse. The piece was created with a team of local youth and symbolized the epidemic of crack addiction that gripped much of the city at the time.

In 2009, Cohen applied her design, teaching and collaboration skills towards achieving zero waste in New York City’s public school cafeterias. Her goal: to eliminate 860,000 styrene foam lunch trays used per day in that city’s schools. To illustrate tray use, Cohen and her students designed puppets using the trays. Her efforts led to the six largest urban school districts eliminating half a billion Styrofoam trays annually from landfills, incinerators and student meals.

Just one year after receiving her master’s degree from MICA, Sarah McNeil began teaching puppetry courses at the College.

“Puppets can do far more emotionally to connect with viewers than a human actor can,” she explained. “Even some of the puppets students make, their faces don’t move and they’re static. But people ask all the time, ‘How did you get such a range of emotion?’ The movement of the puppet is part of it but also the projection that we put on an object. They’re projecting their own emotional stance on it.”

Last fall, McNeil taught “Introduction to Stop Motion” and “Otherworldly: Puppets in Sets.” She also organized a weeklong exhibition on campus of everything from student-made stop motion and parade puppets to performance puppets.

McNeil makes her own puppets from a range of materials, including clay, wood and wire. Recently, her work has focused on building the space around the puppets, such as creating small-scale furniture and miniature trees and forests.

Her latest artistic adventure, in collaboration with her husband, John McNeil ’11, is the creation of a farm-based brewery and performance space in Maine. The couple plans to turn one of the farm’s hillsides into an amphitheater, where McNeil will put on her own shows and invite local artists to do the same.

Born in Israel, Noa Heyne began her artistic education as a painter at the Jerusalem Studio School, where she also taught sculpture and drawing. Making marionettes was not part of Heyne’s art education, but she came into the practice while at MICA, “the land of infinite possibilities,” she said.

Heyne, who describes her work as “sculptural marionettes” — interactive sculptures that use traditional marionettes to examine the relationship between the puppeteer and the puppet — also creates stop-motion films using her creations.

In 2017, Heyne won a MICA Launch Artists in Baltimore Award. The $10,000 award is given annually to five new graduate student alumni (or alumni collectives) enabling them to stay in the city to work on events, studios, public art installations and small business.

Shortly after winning the grant, Heyne collaborated with Sidney Pink ’01 (General Fine Arts B.F.A.) on a dance performance that uses architecture to examine how space, including large public spaces and small private spaces, can be manipulated.

Founder of Baltimore’s iconic Black Cherry Puppet Theater, Michael Lamason welcomes artists from far and wide to perform. The theater has hosted thousands of puppetry performances and workshops for adults and children.

“More and more artists are finding (puppetry) as an accessible outlet for their work,” he said. “From the point of view of the artist, it’s a very accessible form of theater or art in that it often can be geared toward families. And if it’s done properly, should appeal to anyone of any age.”

Lamason has also spent the last 15 years instructing Maryland teachers on how to use puppetry in the classroom as a learning tool.

“It draws on disciplines across the spectrum,” he noted. “You have to be a writer to write the script, a seamstress, seamster or tailor to make the puppets … And then you have to be at a theater to perform with them. That brings in aspects of building and painting the sets. As education moves more toward project-based learning, it just fits so well with the curriculum.”

As for the future, Lamason encourages MICA students and graduates to continue pursuing puppetry and exploring the history and diversity behind it.

“There does seem to be a much broader community." 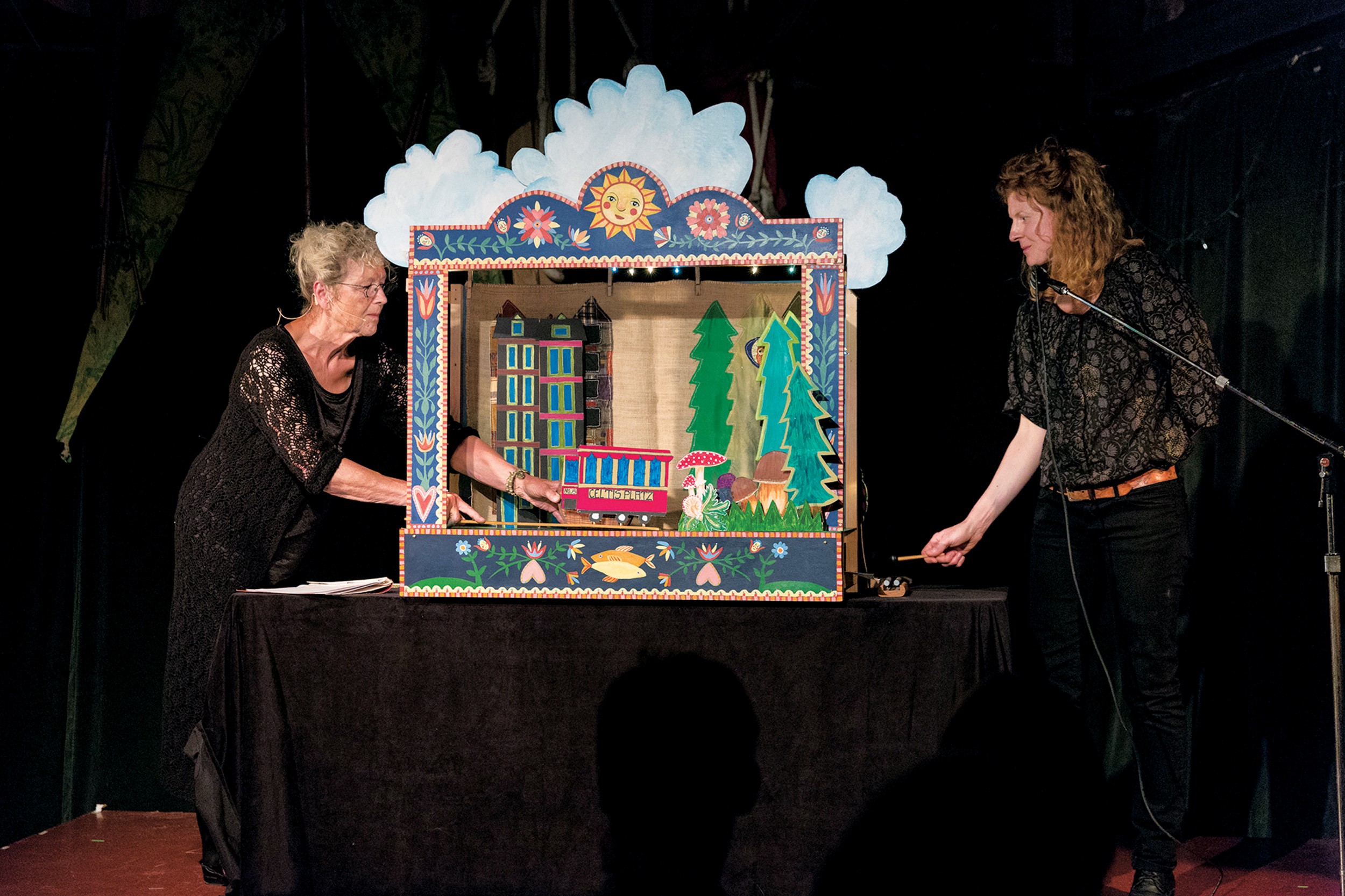