For the past 20 years, Rinehart School of Sculpture Director Maren Hassinger has led young artists through example.

She explained, “I think a practicing artist is the only one able to nurture those intending a life in art. I’m the kind of mentor who listened to students when they told me about their aspirations. I provided support for their passions. I never wanted to tell students what to do.”

Hassinger credits her own mentors for that influence, describing them as “hands off” even as they offered encouragement and guidance: mentors such as drawing teacher Pat Adam and sculpture professor Isaac Witkin at Bennington College in Vermont, where she earned a B.A. in Sculpture; and Bernard Kester, who guided Hassinger to the first M.F.A. in Fiber at UCLA.

Known for her sculpture, performance and public artwork, Hassinger is a native of Los Angeles who showed a gift for creativity at an early age. Originally intending to study dance while in college, she instead focused on sculpture and incorporated aspects of movement and dance performance into her work. It was while pursuing her M.F.A. in the early 70s that Hassinger began experimenting with twisted and frayed wire rope found in a junkyard, crafting it into plant-like shapes. Today, her work blends natural and industrial materials and examines equality and humanity’s changing relationship with nature.

Hassinger was teaching at SUNY Stony Brook when her interest in leading a graduate sculpture program drove her to MICA’s Rinehart School of Sculpture. The program was in search of a director, and Hassinger explained,

“As a sculpture program, it was the closest to my heart and aspirations.”

While an undergraduate at Bennington — an all women’s college at the time — Hassinger was taught by mostly male faculty, and she noted that when she was appointed director of Rinehart, many expected a male to helm such a prestigious program. Undeterred by such expectations, Hassinger forged an exceptional career not only as an educator but as an artist.

In addition to the multitude of graduate students she has influenced while at MICA, Hassinger has exhibited and installed her work from coast to coast. She has been honored by such prestigious foundations as the Pollock-Krasner Foundation, the Louis Comfort Tiffany Foundation, Gottlieb Foundation, Anonymous Was a Woman and the Joan Mitchell Foundation. She also received a Lifetime Achievement Award from the Women’s Caucus for the Arts, and her work has been featured in important nationally touring exhibitions including Now Dig This!: Art of Black Los Angeles 1960 –1980 and Radical Presence: Black Performance in Contemporary Art. 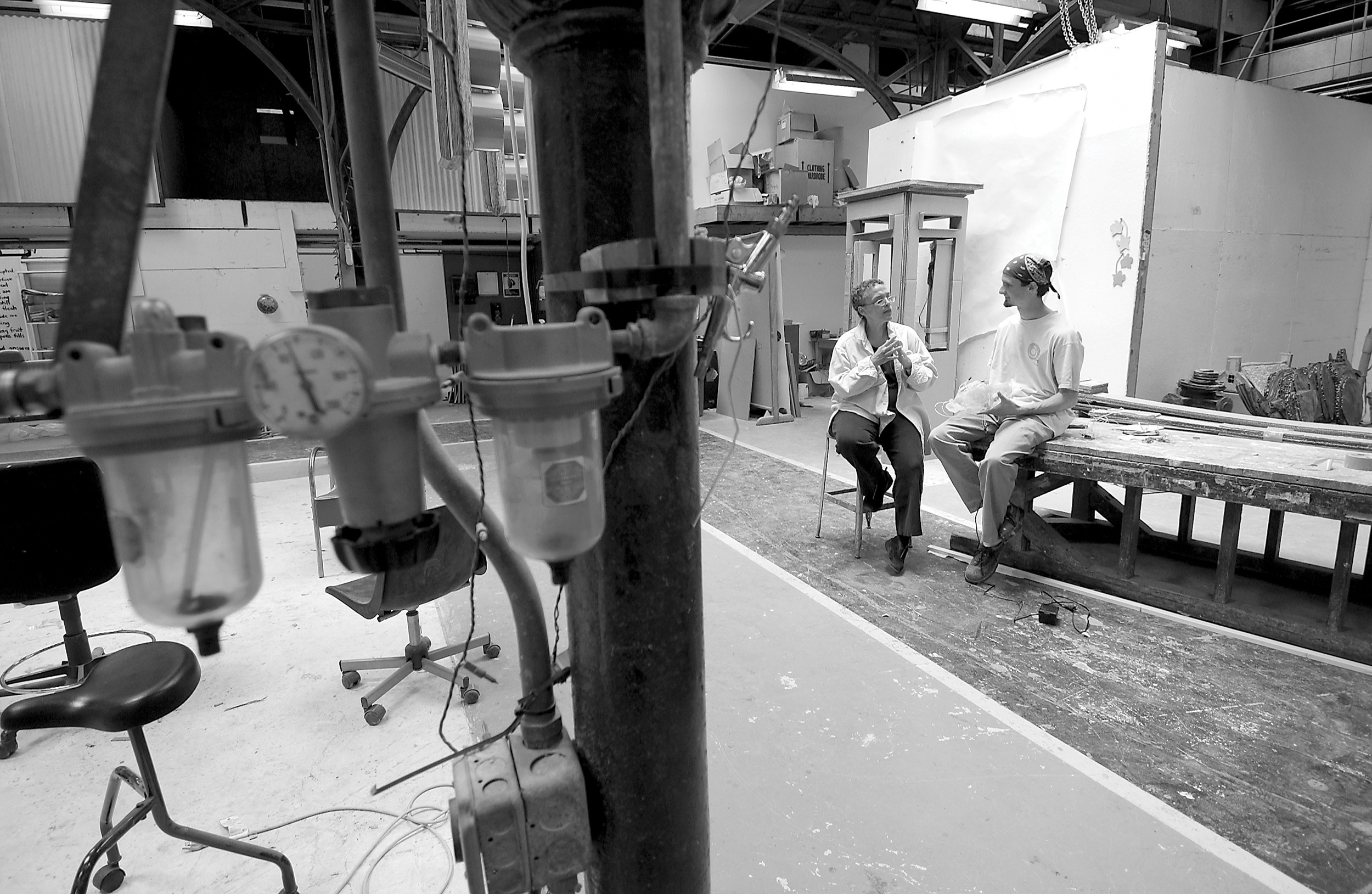 As she prepares to retire as an educator, Hassinger’s reflections on her time at MICA are both warm and bittersweet. “The experiences that stand out are those lately, when during a reading and writing seminar we — both teachers and students — experienced epiphanic moments. The program at Rinehart evolved over time; we began talking about history and techniques of sculpture and now we talk, read, and write about conditions of life on our planet and the nature of education. I will miss seeing the work of students mature after their two years of serious contemplation in Rinehart.”