For a recent graduate, $10,000 can go a long way when getting a new project off the ground. Recognizing the importance of such financial support is one reason why MICA launched the Launch Artists in Baltimore (LAB) Award in 2012. Keeping creative talent in Baltimore was the other reason.

The $10,000 LAB Award is given annually to five new graduate student alumni (or alumni collectives) enabling them to stay in the city to work on events, studios, public art installation, and small business. To date, nearly 25 artists and designers of various disciplines have pursued initiatives that have helped to strengthen Baltimore’s neighborhoods and further bolstered the city’s identity as a dynamic cultural hub. 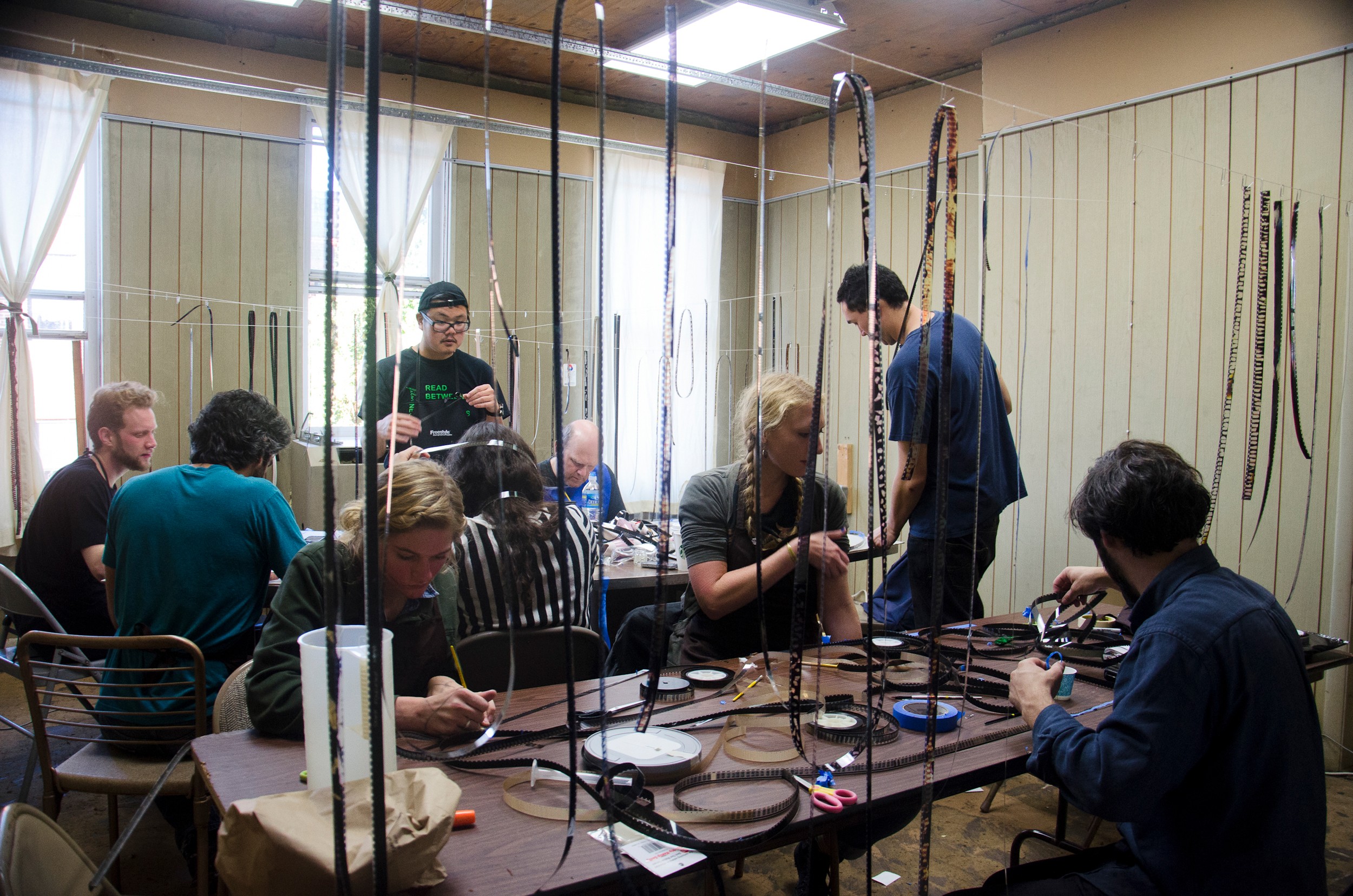 The power of film resonates with MICA alumnus Crissìan Chen ’14 (Photographic and Electronic Media MFA), who was inspired to create the Halide Workshop Series in Baltimore after seeing independent artist community film labs across the nation. He was also compelled by Baltimore’s potential to become a hub for filmmaking.

The workshops focused on the post-production process. Rorison has since continued them.

“The award became a project of its own that built my personal skills as an artist and a project that benefited the entire film community in Baltimore by bringing in film instructors from around the globe, such as Richard Tuohy and Dianne Barrie from Melbourne, Australia,” Chen said.

Chen has recently relocated to China and will expand his work in Shanghai’s film community, researching LGBT issues.

He appreciates his time in the MFA in Photographic and Electronic Media program, noting that it was instrumental in advancing his skills and preparing him for a career in the global film industry. 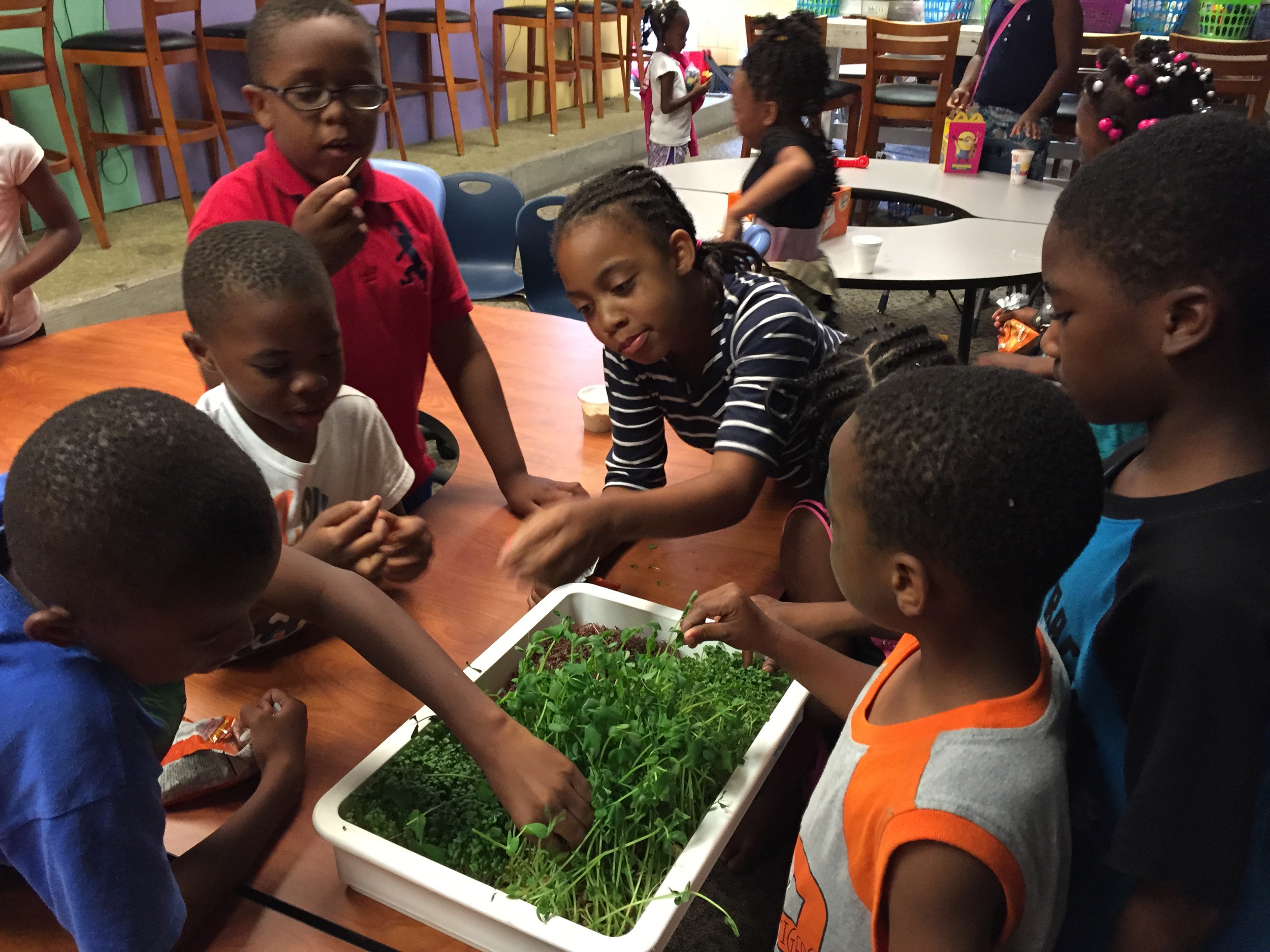 A small seed has begun a new journey for alumna Julie Buisson ’15 (Design Leadership MBA/MA), growing into an agricultural development business. Buisson and business partner and scientist Mark Verdecia are creating a sustainable food ecosystem in Baltimore with funding from the LAB Award.

At the root of Buisson’s venture is hydroponics, growing plants without soil — specifically, microgreens. She explained, “Microgreens are the first stage of any plant growth. The microgreen stage happens after sprouting has occurred, when the first leaves are on the stem.”

Using seeds and recyclable and biodegradable materials, Buisson has begun to grow flavorful microgreens in a trailer in Baltimore’s Remington neighborhood. Under the guidance of locals Larry and Zhana Hountz, Buisson will have her first harvest by mid-October. The business will also move from its current location to its future site — Our House at 29th Street and Remington Avenue, where it will be used for educational purposes for young children. Nonprofits can use the business as a resource “to empower them to build their own growing rooms and to start to grow microgreens to eat or sell to restaurants to create their own revenue streams,” she said.

The LAB Award gave Buisson the independence to start her own business, enabling her to purchase the trailer, equipment, and growing materials.

The return on investment from MICA and The Johns Hopkins University’s Design Leadership graduate program has proven to be invaluable. “MICA taught really valuable manual skills that I am now able to apply — using 3-D printing and making renderings — things that allowed me to become a maker and take my idea beyond the idea stage,” Buisson said. 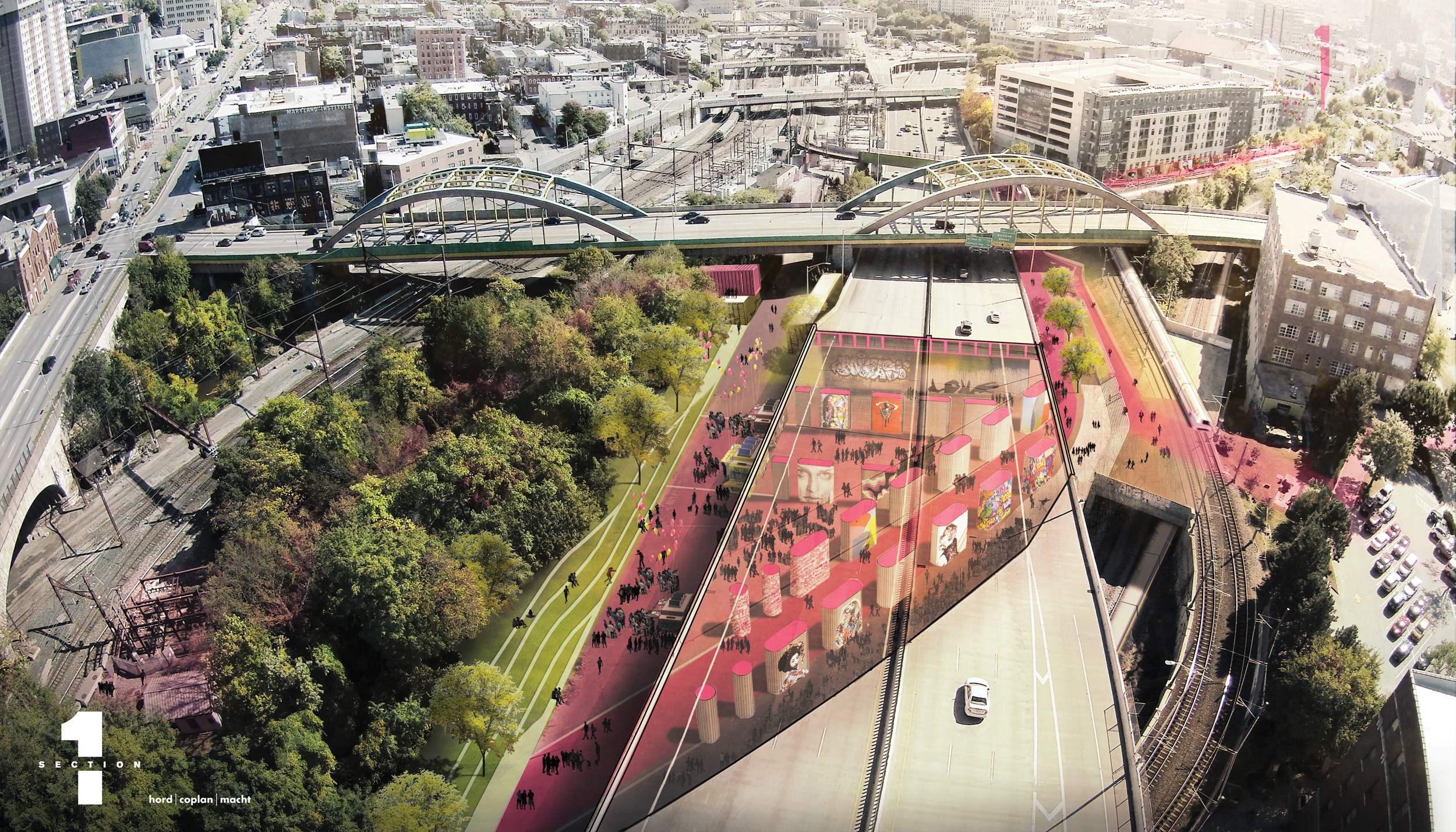 The Jones Falls Expressway’s underpass is currently a stark contrast to the bustle overhead, where vehicles zoom on I-83. But what lies in the stillness below will soon be transformed into a vibrant urban art park, an undertaking of alumnus Richard Best ’14 (Design Leadership MBA, MA).

A fellow artist’s work on the underpass brought Best to the site. This visit ultimately resulted in the creation of Section 1, a nonprofit organization that aims to take underutilized pieces of land and use art to turn them into community centers.

Beyond the graffiti, cracked concrete, gravel, and overgrown weeds, Best saw how the underused area could benefit the Baltimore community as an art space.

He will revamp the 3.5-acre site in the Station North Arts and Entertainment District to feature festivals, a skate park, and incubator space. The urban art park will also feature more than 60,000 square feet of paintable surfaces, three venues for live performances, and an acre of green space.

While the community will enjoy many benefits, one that Best is particularly excited about is the impact Section 1 will have on ensuring that Baltimore remains a draw for artists.

Best received a LAB Award to help push the project forward. He credits his time at MICA for giving him the inspiration and insight to not only come up with the idea, but to get buy-in from others.

“We have a potential to create an environment that encourages artists to stay in Baltimore and continue to create and contribute to the city,” Best said.

Certain commuters in Baltimore and Washington, DC, will have their transit experience become interactive with performance this spring. Bus, Books, and Poets: The Spoke & Word Tour by Melani Douglass ’15 (Curatorial Practice MFA) brought together regional high school students, emerging artists, and community organizations to bring awareness to the epidemic of sexual assault.

The LAB Award not only kept Douglass in Baltimore, it accelerated her project. With the funding, she has been able to develop poetry writing classes, an art and activism workshop, and conflict resolution training, which will culminate with public performances and conversations at area bus stops and train stations. “My work is fueled by how uncommon people navigate common places,” Douglass said.

“The [Curatorial Practice program’s] core class, Practicum I, trained me to expand how I work with others, recognize the importance of partnerships at all levels, and identify community, especially how to engage different communities,” Douglass said.

For another recent exhibition, Love on the Line: Stories of a Baltimore Worth Living For, Douglass received best pop-up series from Baltimore magazine and City Paper.