In life, there is the mask we wear in public and the face we keep hidden closer to our hearts. Which one is real? Singhal explored this theme and in the process came away with the 2015 Adobe Design Achievement Award in Exhibition Design for his work, Hedonist Monk. The installation is a shrine to the monk, exploring the dichotomy between ego and alterego.

According to Singhal, there is no one who is more willing to sacrifice himself than a monk, yet the monk represented through Singhal’s art grapples with a wish to “admire, desire, and acquire.”

“He wants to be a monk but he’s steeped in hedonism,” Singhal said. It is a struggle that Singhal grapples with in his own life—whether to follow the idealistic whims of his heart or sacrifice some of his desires to conform to others’ needs. 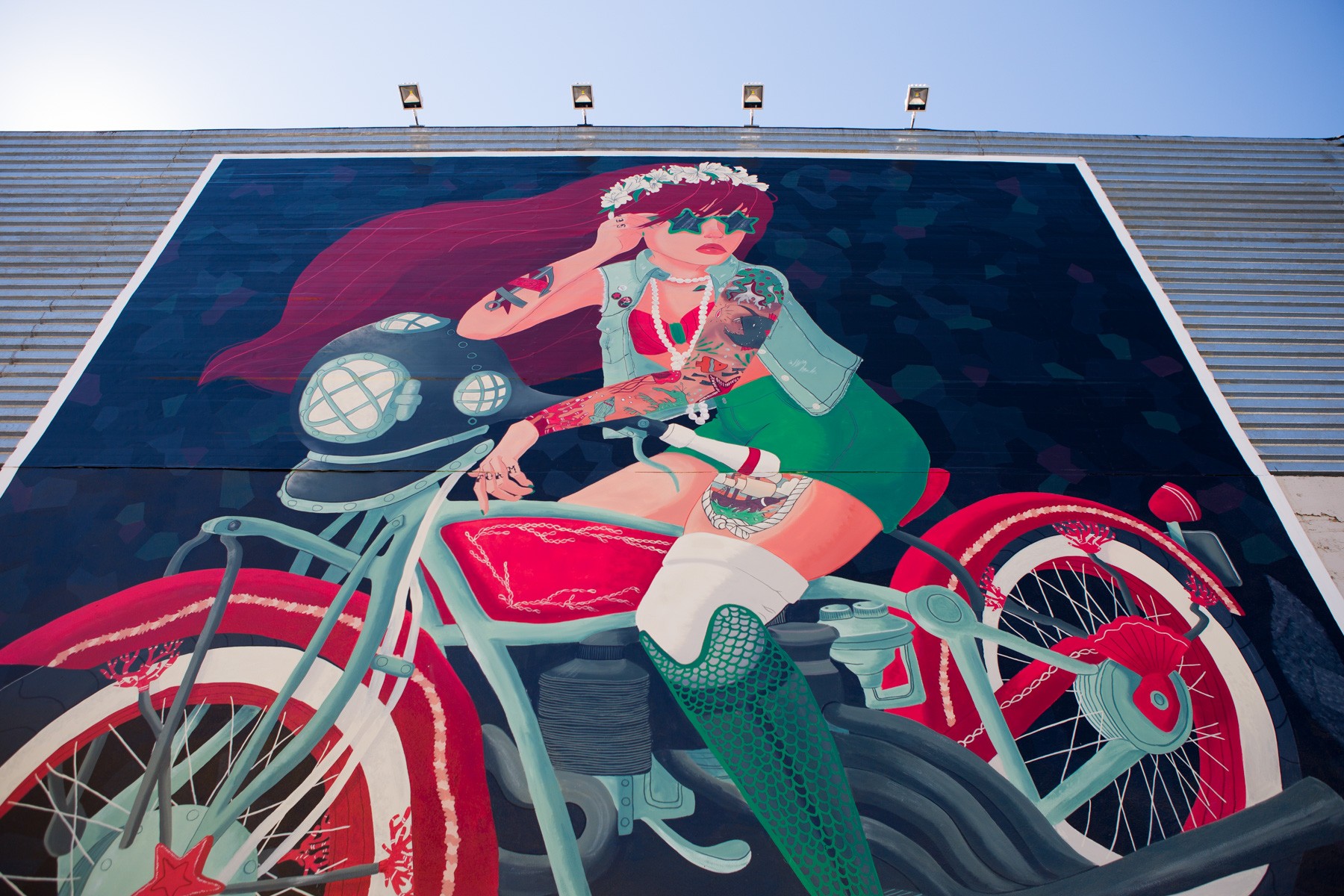 Another MICA student honored by Adobe is Amneus. Adobe transformed a Brooklyn neighborhood into what it bills as “The World’s Biggest Student Art Show,” by featuring the artwork of 10 female students on giant murals. The working theme was the experience of being a woman in the art world. Amneus created a piece from a series she worked on last summer that turned women from classic literature into “badass motorcycle babes.”

“I like turning the damsels in distress into independent, modern, powerful women,” she said. She hopes the theme will inspire other creative women “to bring some power to women in art.”